CBD and the Endocannabinoid System: What they are and their role in health 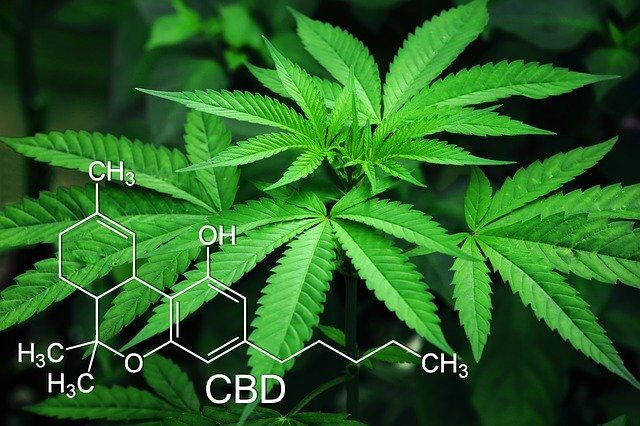 The interest in CBD (cannabidiol) has skyrocketed in recent years and that growth is expected to continue at least into the foreseeable future. You probably are here reading this article because you have at least heard of CBD. Although the CBD industry is exploding in growth, and more and more people are hearing about CBD, it is surprising that many people still do not know what CBD exactly is and how it works.

CBD has been touted to be helpful in a wide range of conditions, including but not limited to epilepsy, chronic pain, inflammation and inflammatory conditions, anxiety and other psychiatric conditions, digestive system issues, and neurological conditions. To understand how CBD might interact with the human body to produce beneficial effects, we must first understand what the endocannabinoid system is.

In the late 1980s, researchers were trying to figure out how THC, the intoxicating component of marijuana, works in the body and discovered a receptor in our body that THC binds to which was named the cannabinoid receptor 1 (CB1 receptor). A couple of years later, they discovered a molecule that is produced by own body which also binds to this receptor, and named it anandamide. Ananda in Sanskrit means “bliss.” A couple of years later, a second cannabinoid receptor was discovered, which was named the CB2 receptor. It turns out that our body produces several molecules that bind to our cannabinoid receptors, and these are referred to as endocannabinoids. The two that we know most about are anandamide and 2-AG (2-arachidonoylglycerol).

What is the endocannabinoid system?

Endocannabinoids are made by neurons in our body “on demand” by enzymes and broken down by other enzymes. Fatty acid amide hydrolase (FAAH) is responsible for breaking down anandamide. Monoacylglycerol lipase (MAGL) breaks down 2-AG.

The cannabinoid receptors, CB-1 and CB-2, endocannabinoids, and the enzymes that make and breakdown endocannabinoids make up the endocannabinoid system (ECS). Multiple human and animal studies have shown that the ECS is crucial in maintaining homeostasis, or internal balance, in the body, and has an important role in memory, mood, reward systems in the brain, metabolic processes, such as energy balance and glucose metabolism, and drug addiction.

Cannabinoid receptors are said to be the most abundant receptors in the whole body. CB1 receptors are mainly located in the brain and peripheral nervous system, although CB1 receptors are also found in the pituitary, thyroid and adrenal glands, male and female reproductive systems, liver, lungs, adipocytes, and kidneys. CB2 receptors are mainly found in immune system tissues, but also in the spleen, tonsils, thymus, gland, gastrointestinal tract, and osteocytes. Activation of the cannabinoid receptors leads to physiologic actions in the tissue the receptor is located in. For example, CB1 receptor activation can lead to decreased pain in the peripheral nervous system, lowered blood pressure in the cardiovascular system, and decreased gut motility in the gastrointestinal system. CB2 receptor activation can lead to decreased inflammation in the immune system, decreased drug-seeking behavior in the brain, decreased fibrosis in the liver.

How Does CBD Work?

Interactions with the ECS:

What is endocannabinoid deficiency syndrome?

Ethan Russo, a neurologist and researcher, developed a theory in 2001 that certain conditions may be due to a deficiency in our body’s own endocannabinoids. He developed this theory based on the observation that some disorders are caused by deficiencies of neurotransmitters, such as:

Subsequent research has uncovered that there are lower levels of endocannabinoids in a number of diseases, and that endocannabinoid deficiency may play a potential role in conditions, such as:

Due to the fact that the ECS is found throughout the body, there are many potential conditions that targeting the ECS can be helpful in, such as:

The endocannabinoid system is a very important and integral part of the whole body. For our bodies to function properly, and optimally, our endocannabinoid system must function at its best. A deficiency in our own endocannabinoids may lead to certain diseases. Through its various mechanisms of action both with and outside of the ECS, CBD may play a beneficial role in a number of conditions. Certainly, there are thousands of people that seem to benefit greatly from using CBD.

With so many places popping up to buy CBD online and in retail stores (even gas stations!), it is hard to figure out what products are reliable and trustworthy. Unfortunately, there are a lot of suppliers and companies out there that are just wanting to make a quick buck, selling products that are of poor quality, with added artificial flavorings or fillers, or marketed as CBD oil but not even containing any CBD!